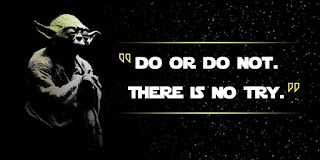 The year 2018 saw its share of cybersecurity breaches with major breaches suffered by global entities such as Facebook (87 million records breached) and Aadhaar, who reportedly had more than 1.1 billion records breached. The sheer magnitude of these information security breaches equates not only with bigger losses and more media coverage but also with more jobs and opportunities for IT and programming professionals.

According to a Cyber Seek report, the number of cybersecurity job openings in the U.S. stands at almost 302,000, with nearly 769,000 cybersecurity professionals employed in today's workforce. Projections continue to be robust further out: CSO expects that number to hit 500,000 by 2021, with more than 3 million cybersecurity jobs open for the rest of the world that same year.
When evaluating prospective InfoSec candidates, employers frequently look to certification as an important measure of excellence and commitment to quality. We examined five InfoSec certifications we consider to be leaders in the field of information security today:
This year's list includes entry-level credentials, such as Security+ and GIAC Security Essentials, as well as more advanced certifications, such as the CEH, CISSP and CISM. We also offer some additional certification options in the last section that cover choices outside our top five, because the field of information security is both wide and varied, with lots of other options.
Security-related job roles cover a lot of ground, such as information security specialist, security analyst, network security administrator, system administrator (with security as a responsibility), and security engineer, as well as specialized roles like malware engineer, intrusion analyst, and penetration tester. Average salaries for information security specialists and security engineers – two of the most common job roles – vary widely depending on the source. For example, Simply Hired reports $30,263 for specialist positions, whereas Glassdoor's national average is almost $68,000. For security engineers, Simply Hired reports almost $95,000, while Glassdoor's average is more than $131,000 with salaries on the high end reported at $144,000.
If you're serious about advancing your career in the IT field and are interested in specializing in security, certification is a great choice. It's an effective way to validate your skills and show a current or prospective employer that you're qualified and properly trained.


Before examining the details of the top five InfoSec certifications, check results from our informal job board survey. It reports the number of job posts nationwide in which our featured certs were mentioned on a given day. This should give you an idea of the relative popularity of each certification.

ON BEHALF OF TRANSITIONING MILITARY AND VETERANS

Opportunities Uniquely Available To Our Warriors